AnimeJapan Organization confirmed that the world’s largest anime event “AnimeJapan” will be held online this year on 27th March (Sat)~28th March (Sun), which will share so many contents like the newest anime and the latest information on hugely popular anime content! Furthermore, 6 more anime stages such as big hit anime “MY HEROACADEMIA” “Demon Slayer: Kimetsu no Yaiba”, and official ambassador Takanori Nishikawa’s live stage will stream online. 51 programs will stream overseas, including talk sessions and live shows by voice actors/actresses and the newest information about anime!

AnimeJapan 2021 will stream in seven countries and regions: US, Korea, Thailand, Singapore, Taiwan, Hong Kong, and Macau, and for the first time, it will be available not only in Japan but also overseas.

* Some content may not be available in your area.
* AnimeJapan does not ship goods overseas.

In partnership with Anime Festival Asia (AFA) — Southeast Asia’s largest J-POP cultural event, a special AnimeJapan channel for overseas anime fans will also be introducing programs streamed on the AJ Stage live in English. The commentary will be delivered live by some of your favourite AFA emcees and staff while switching through different programs streamed on the AJ Stages. Check them out below! 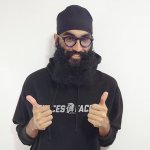 Born in Singapore, Ash spent the majority of his childhood exposed to Japanese culture, especially to Japanese animation, videogames, and music. He graduated from Tokyo Announce Gakuin School of Performing Arts, Voice Acting Department hoping to display his acting chops in both the English and Japanese language one day. With 4 years of experience under his belt, Ash serves as MC for Anime and Gaming related events around South-east Asia. Nothing makes him happier than to be able to share his vast otaku knowledge on stage. 70% of his body is made of beard. 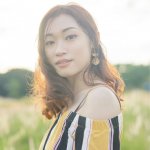 Fueled by her passion for Japanese culture and anime, Goofy enjoys spreading her enthusiasm via her YouTube Channel. Outside working hours, this silly individual also dabbles in cosplay and gaming. She hopes to bring fun and laughter to local conventions, in which she believes is like a family gathering of people with similar hobbies and mindsets! 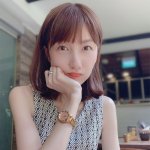 Born in Yokohama, raised in Singapore, REIKO debuted in the entertainment scene as a radio DJ alongside her work as an interpreter. Her bubbly voice and personality soon attracted the eyes of key persons in the industry, which opened the doors to her profession as a host and voice-over artist. Over the years, she has become a staple at some of the region’s largest pop culture events including “AFA Singapore”, which she has been co-hosting since 2008. REIKO is super excited to be able to celebrate her love for Japanese pop culture at AnimeJapan 2021 along with audiences around the globe. 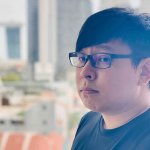 An avid lover of Japanese culture he learnt Japanese on his own, and attained a good mastery of it. As an event staff, he also served as MC and translator for many invited guests on stage. He also reprises the role of MC and navigator in videos uploaded to YouTube. 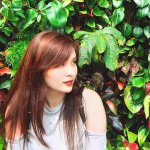 Has held an interest in Japanese culture since being exposed to anime at a young age. Serves as the staff in charge of marketing, and has personally been involved in in-house online program streams as MC. Her lively character has charmed the watching audience.

Several other guests will be present on the channel as well!